Tech business news these days is dominated by headlines about the trial of United States v. Apple, Inc., where the U.S. Department of Justice (DOJ) is charging Cupertino with masterminding a massive conspiracy among publishers to increase prices for e-books. Apple’s defense lawyers and CEO Tim Cook call the allegations “bizarre.” What is really bizarre, though, is the plethora of private treble-damages lawsuits seeking to hold Apple liable under the antitrust laws for its vertical integration strategy with iTunes, iPhone and the App Store.

Just a bit more than a decade ago, Apple Computer (having since changed its corporate name) was decidedly stuck in the backwater of the PC industry. Its introduction of the USB-only iMac in 1998 failed to change the marketplace dynamics, where Apple’s closed Macintosh design and refusal to license its Mac OS to other manufacturers was viewed as the source of diminishing relevance. Apple was such a non-entity that its presence was flatly rejected by the federal courts as part of the relevant market in the Microsoft monopolization cases. Pundits predicted that like the fabled Betamax, Apple’s proprietary strategy would lead to its ultimate competitive demise.

But then along came the “iLife” software suite and the first generation iPod. What differentiated these products was not that Apple invented the technologies — after all, MP3s had been around for years and digital cameras as well — but rather that they all worked well together. Since then, the same business model has been applied to iPads and iPhones: native sync integrated with the Mac OS and Apple’s iCloud service, plus software content, whether media or apps, available easily through Apple’s online stores, with the company taking a 30% cut of retail prices for third-party content. 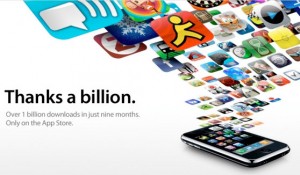 When the iPod and iPhone proved to be winners, big ones, Apple’s financial fortunes turned around dramatically. iTunes now is the largest digital music retailer, accounting for some 60% of all downloads, and the various iPhones are the most popular smartphones globally. Apple’s annual revenues soared from $5 billion in 2001 to $108 billion last year. But what short memories we have. The plaintiffs’ antitrust bar accuses Apple of unlawfully monopolizing these markets and has filed a series of sometimes confusing consumer class actions challenging Apple’s vertical integration and closed product systems.  (Nine separate lawsuits have been unified into one action in California focusing on the tight grip Apple exerts on the iPhone’s services and applications; other individual and class suits are pending elsewhere.) The EU reportedly has investigated Apple’s App Store restrictions, and more recently its deals with European wireless carriers, to determine whether the company “abused” a “dominant position.”

It’s difficult if not impossible to discern the merits in competition claims that a company’s proprietary product design strategy should be held unlawful. Just as Kodak, once the single largest film, photo developing and camera company in the world, was permitted to introduce new products that were technologically integrated and incompatible with its competition, so too should Apple’s vertically integrated business practices be considered legal. Tech businesses can obviously live or die with their choice on interoperability, but it’s a valid business strategy either way.

Two years ago, Adobe launched a rather public campaign to have DOJ investigate Apple for restrictions excluding Flash technology from the iPhone. Nothing came of that initiative, which was the right competition policy result (whether or not one agrees with Apple’s product strategy) and in the interim Adobe has released a touch version of Photoshop for tablets, is moving to a SaaS model of subscription software, and HTML 5 video and applications now command most attention on the Web. As one commentator observed:

If Apple wants to stump for HTML 5 or some other standard it can. If your iPad doesn’t deliver Flash you can always get annoyed and buy something else. Apple simply doesn’t have the world domination market share in the iPhone or iPad for regulators to give a hoot.

The moral is that closed products can win competitively if they are superior but always run the risk of being leap-frogged technologically or shunned by consumers wanting to mix-and-match components. It’s a decision for markets, not governments. 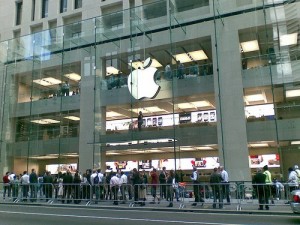 Some think the Samsung Galaxy or Google Nexus are poised to supplant Apple’s iPhone/iPad ecosystem by offering more advanced features, updated mobile OSs and a “cool” factor exploited constantly in television advertisements. Maybe Mozilla’s forthcoming Firefox mobile OS will do so. That those are “open” software and devices makes them no less or more favored under the antitrust laws. Apple’s proprietary strategy is working well in today’s marketplace, but as recent history so clearly shows, such a business model is fraught with risk. In the final analysis, the choice of a vertically integrated structure is unlikely to get Apple into antitrust trouble — either private or governmental, and whether in the United States or the EU — unless Tim Cook and company add some seriously bad acts to their competitive arsenal. Building your own mousetrap, especially a segment-leading proprietary one that consumers like, just doesn’t cut it.

It’s almost axiomatic at this point that the larger, wealthier and more powerful a company grows, the more it becomes viewed as a deep pocket. In short, the larger a corporation becomes, the more it is forced to contend with lawsuits, frequently unmeritorious. That’s where Apple stands today. Whether to spend its billions in cash on settlements or legal defense fees will test Mr. Cook’s powers of prediction as the company’s former CFO. Apple settled the iPod tying case but continues to aggressively litigate the consolidated iPhone exclusivity cases. On the pure antitrust merits, however, whether to pay off these class action plaintiffs is a decision Apple really should not have to make.